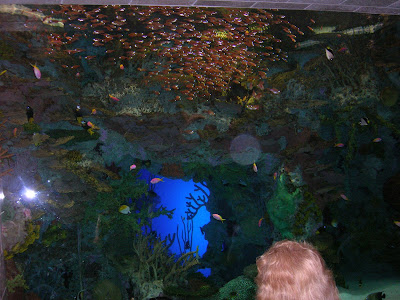 Mom & dad Curtis came to visit us for a week and one of the first places we took them was the Georgia Aquarium. It is so much fun to see all that they have there. Here are some pictures of all the different animals and sea life that you get to see. 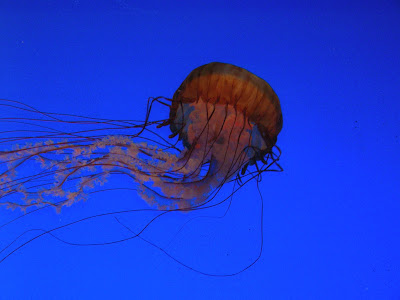 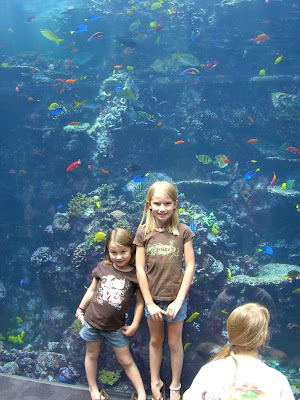 Look at all the beautiful colors of the fish behind Morgan & Emree. 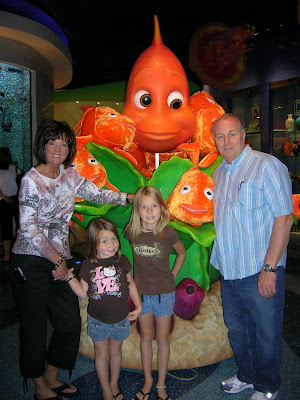 Mom & dad & the girls standing with Deepo the fish. There is a cute 4D show that you can see while at the aquarium and Deepo is the star of show. 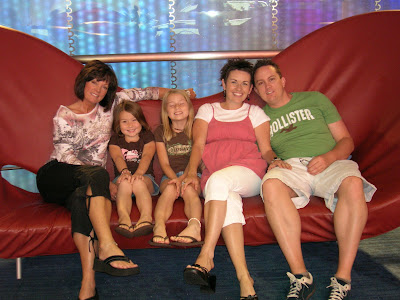 We thought this couch was pretty cool! 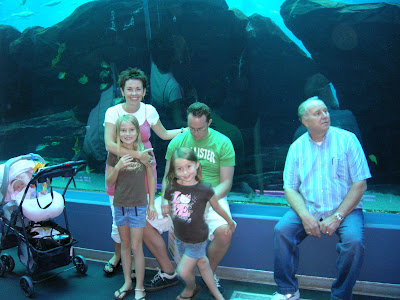 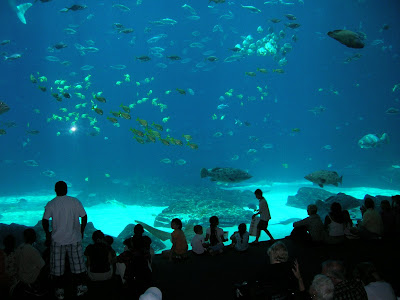 This is the largest tank they have in the Aquarium as you can see when you compare it to the people. It was so amazing to just sit and watch all of the different fish swim around. Very calming. 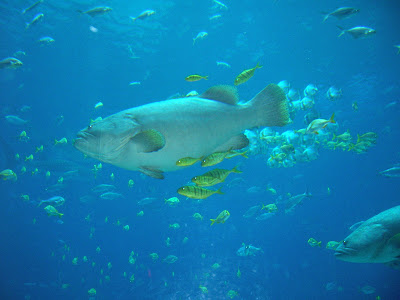 The tank was full of Grouper fish that were HUGE! 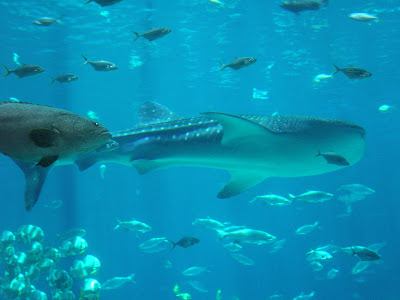 Above is a whale shark. One of them had just died the day before we came. 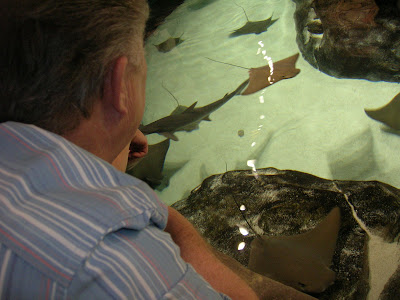 When you first walk into the Aquarium them have a petting tank that has sting rays and little sharks that you can touch. They have a few more places where you can touch other things as well. 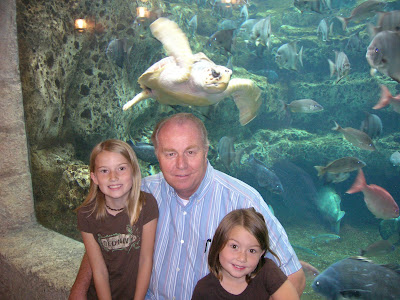 Look how big the turtle is above dad's head! 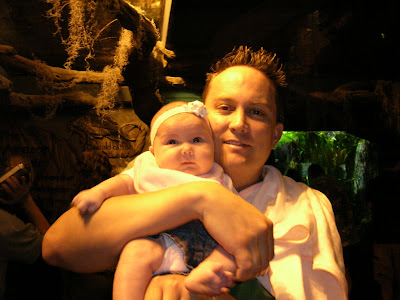 Berkley and Daddy! Berkley slept for most of the time and Kennedy was at girl's camp so that's why she isn't in any pictures. 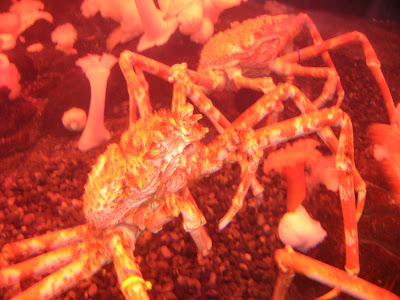 These are amazing Japanese Spider Crabs. They can get as big as cars. This photo doesn't give them justice because there is nothing to compare their size to. 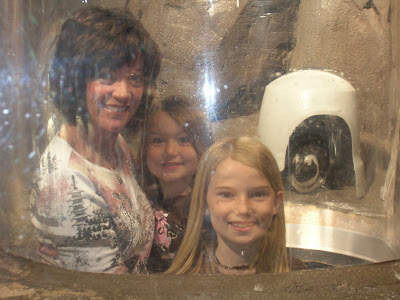 Where the penguins live you can crawl into a little tunnel and come up into their "home". You can see one of the penguins next to Morgan's head. He was taking a nap in his little hut. Dad loves to go diving and was thinking how great it would be to get into a few of the tanks. It's amazing to see everything and quite honestly, I think I would crap my pants if I ran into half of the fish and sea creatures that we saw! I don't know that I could ever go diving! I would be the one whose lungs would explode because I was more concerned about getting away from something than taking the time that is needed to resurface. I'll stick to the Aquarium!

Just seeing that picture of that big tank freaks me out. I have a fear of large things. Some of those creatures are pretty and some are darn right scary!!