The weather has been beautiful here in Utah. It has been in the mid 70's for a while now and I am thrilled that we have been able to hold off on winter. The kids have had a blast playing in all of the leaves in Grandma & Grandpa L's backyard. As you can see Berkley is ecstatic about the whole experience! The kids raked up a huge pile of leaves and made a 'nest' to play in. 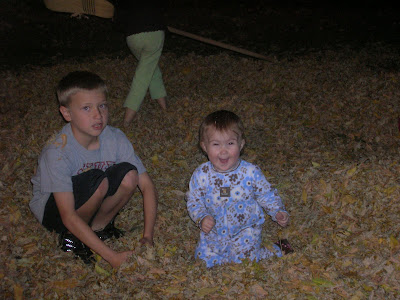 Berkley thought it would be fun to throw the leaves up in the air. She kept calling me to look at her as she covered herself. At one point she picked up a fistful, held them to her face, smelled them and then started to shake with excitement. Who knew a pile of leaves would provide such entertainment for a 19 month old! 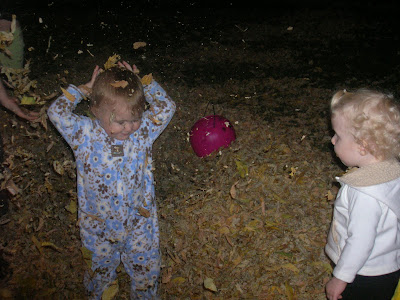 Earlier that night, before our BBQ, the parent all headed to Jordan's final football game of the season. When he got to grandma & grandpa's he raked all of the leaves into a huge pile and all the kids where jumping into it, some even tried diving into it...not such a great idea! Jordan buried some of the kids in the pile as well. They loved it! 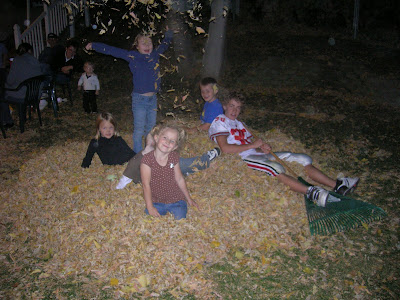